On the Faking of One’s Own Death…

I recently commented here on a post about quitting that on every project I have ever done I have contemplated faking my own death. While it was meant as a joke there is some truth to it and I thought I should probably elaborate. Remember, if any of this sounds dramatic, I literally make things sound dramatic for a living.

There is a time on every project between where my initial spark of inspiration fades and where the film/game/show has yet to give me the elusive cypher that will unlock the code to everything. It is the moment where the proverbial wave of zombies is approaching and the escape car just won’t start. It clunks and sputters but the creative engine just won’t turn over.

This is the time when all the fatigue and stress has begun to take its toll and the mind and body begin to struggle to keep the pace we promised ourselves and our client that we would maintain. Momentum has yet to build to the point that it will carry us to the finish line and we make the mistake of looking down instead of staying laser focussed on the task at hand.

I have looked at the schedule, done the math and deduced that it will be physically impossible to finish the project at the pace I am currently on. I have somehow forgotten that on every project I’ve worked on for the last 22 years things have slowed down but have always picked up speed towards the end. Somehow I convince myself that”this time” will be the one time I don’t pull through in the end.

But why would I think about (or even joke about) faking my own death? It is at this moment that I feel like a snake oil salesman whose “magic potion” is about to be figured out to be a fraud. The endlessly flowing creative fountain that I have sold is close to running dry (in my mind) and I am contractually bound to fill an ocean with it. Time is running out. The idea of disappointing a client is just about the worst thing I can imagine because I can’t stand the idea of letting someone down. This is in life and business.

So I find myself reaching a point where I would rather back out of a project then fail and put the client in an uncomfortable position (not to mention the potential financial implications). But the idea of having to give up or having to admit defeat is also unbearable. When I make a promise I keep it and that is everything to me. Not to mention that I will probably never work for that client again.

Then it dawns on me. I think I’d rather disappear and never work again period than to fail or let someone down. I could always fake my own death, right? It worked for Batman in The Dark Knight Rises. Go off and live a comfortable life where I don’t have to ever be afraid of writing bad music or just as bad, not writing the best music I’ve ever written.

Somehow the idea of letting go of that pressure and just living a “normal” with low expectations and an even lower bar for myself seems incredibly freeing. The pressure I put on myself alone can be crippling and I genuinely have no idea how to do it any other way. Not to mention the expectations I have built up in others. The constant and relentless desire to succeed fuels everything I do but can make it almost impossible to stop and smell the roses.

Then I realize that faking your death is probably a lot harder than it looks and that I don’t have enough saved up to live comfortably for the rest of my life. I’d probably have to get a normal job and sure that might be fun for a little while but then that voice would come creeping back in. The one that never lets me stop creating or striving for more. It would drive me crazy and then I would have to start over again with everything under an assumed identity. Not to mention that I’ve already gone the day job route and for all the challenges I have in my life would never trade any of it to go back.

So for now I’ll just keep being a composer and I’ll keep trying to remind myself that it has always worked out in the end and always will. Inspiration always swoops down like a superhero at the last minute and saves the day. The client is always happy and even if I’m not I’m okay knowing that I know I did the best I could at that time and that’s all I can ever do. 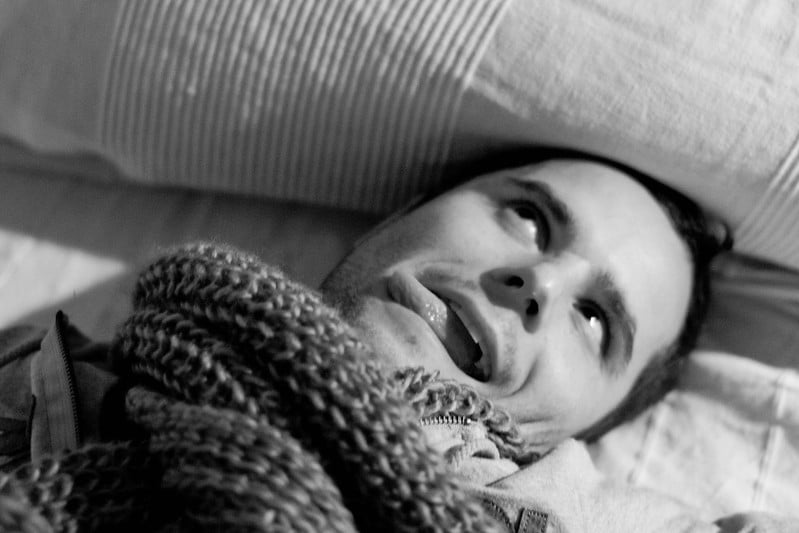